Relapsing fevers are vector borne diseases caused by bacteria of the genus Borrelia. Main vector are soft ticks of the genus Ornithodoros. The clinical course is characterized by recurrent episodes of fever. Epidemiologically relapsing fevers are more common in settings with limited resources; they rarely occur in central Europe.

There are two main groups of relapsing fever, Louse borne relapsing fever (LBRF), caused by Borrelia recurrentis, is transmitted by the body louse; it is characterized by high mortality rates and epidemic occurrences. Tick borne relapsing fever (TBRF) is mainly transmitted by soft ticks and caused by different related Borrelia species. TBRF can be found in certain geographical areas epidemically and occurs sporadically in patients. The clinical course is mostly less severe, lethality is low. Reports about the prevalence of TBRF vary considerably in the literature. It is generally assumed that the burden of disease is underestimated due to the lack of sensitive detection in patient material. 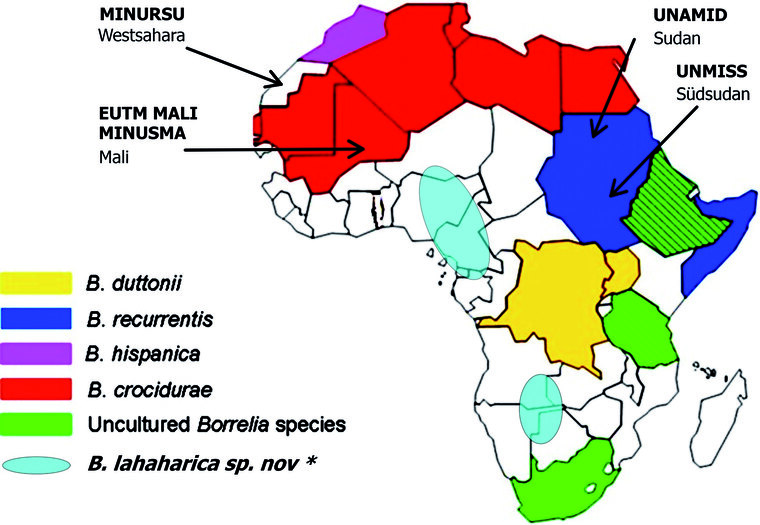 In this study, 1.003 blood samples from people of the Mbeya region (Tanzania), which were collected during the HOMA trial were investigated for the prevalence of Borrelia DNA. Therefore, freshly frozen whole blood samples of acute febrile patients were extracted using a robotic platform and investigated for the presence of Borrelia DNA with two different and newly validated real-time PCR protocols.

The protocols were validated with enumerated Borrelia cultures, as well as extracted positive blood samples to reach a sensitivity of 102-101 DNA copies/5µl. Controls included T/L-BRF strains from B. miyamatoi, B. hermsii and B. recurrentis. Lyme group Borrelia were also detected.

One protocol was based on SYBR green, the second on TaqMan probes, both using a different set of primers. Similar studies used this approach successfully to detect Borrelia in the blood of patients [3]. 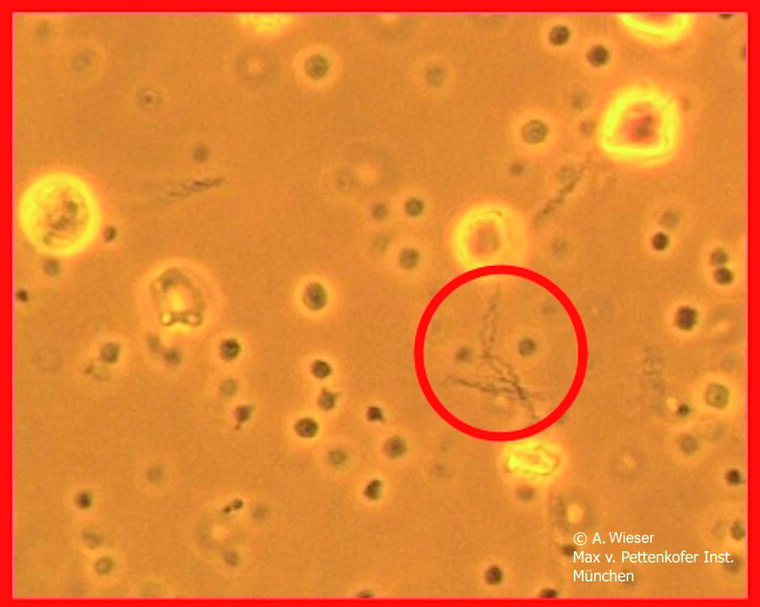 Fig. 2: Microscopy of borreliae (red circle) in a blood smear

Within this study however, no Borrelia could be detected, probably due to regional peculiarities. It may be a highly unlikely sporadically occurring disease which is of less importance given the overall disease burden. The patient cohort was selected to be regionally as well as socio-economically diverse. A significant proportion of the study participants were rural inhabitants with livestock keeping.

This is the first cohort of acute febrile patients in the Mbeya region, which has been screened for relapsing fever Borrelia. Within the sample, no relapsing fever cases could be found. Thus, the disease seems to be absent or present only in very small numbers in the population.

Nevertheless, many different human pathogenic borrelia species can be found in Africa. It must expected that soldiers and locals get in contact with soft ticks and become infected by tick borne relapsing fever. Mainly soldiers taking cover or sleeping in primitive shelters are at risk. Aggressive feeding behaviour and drought resistance make soft ticks effective vectors. Availibility of valid diagnostic tools and medical personnel thinking of TBRF in case of a febtile illness is evident for deployed forces.