Physical performance or operation ability,
which approach for operational readiness? 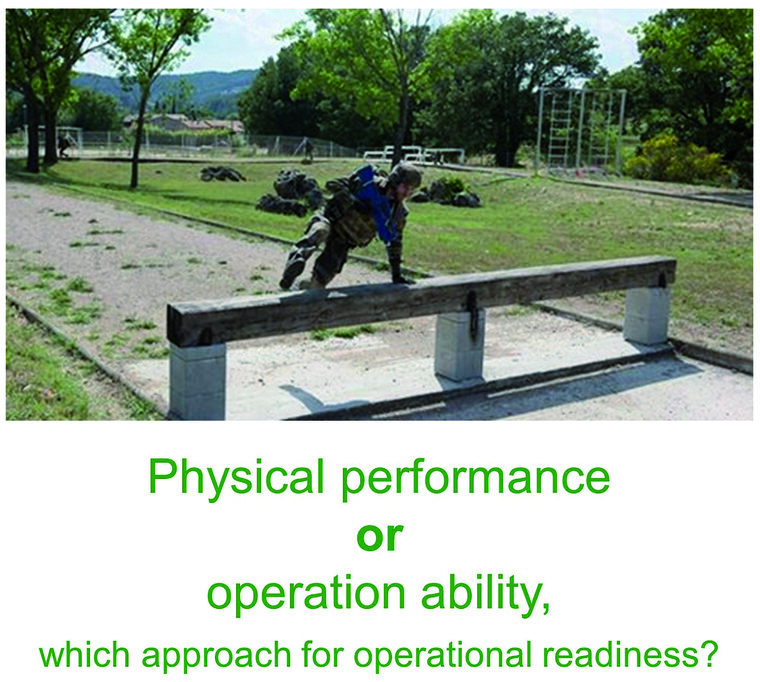 The purpose of physical and military training (EPMS) is to participate in the development of the operational capability of all components of defense. As a fundamental act formerly included in the general military training (FMG), the EPMS must enable everyone, whatever his place within the institution, to acquire a level of physical and mental fitness adapted to the specificities and constraints of his job and his missions.

The Chief of Staff of the French Army has thus given as an objective to his EPMS policy within the Army to «make all the personnel of the Army ready for full -spectrum operational engagement».

Thus, through these few words, we understand that the operational commitment is multifaceted and has very different and even divergent requirements, depending on the theater of operations, the individual and collective missions, but also that all, without exception from the general to the private, must be capable of the engagement and the mission given to them. 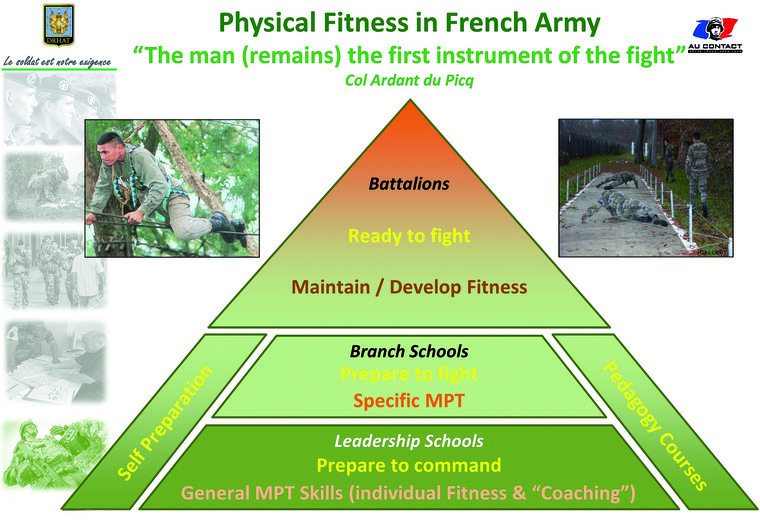 Physical performance and operation ability
is the right approach for operational readiness.