Peter Richter a , Melanie Schmeil a , Dieter Leyk a, b

Military personnel is exposed to occupation- specific stressors and demands, e.g. exposure to heat/ cold, heavy load-carrying or disadvantageous working hours. Simultaneously, recent studies reveal declining physical performance and resilience in soldiers. Soldiers are not immune to the negative impacts of unhealthy leisure time behavior and as a result are prone to the development of the corresponding lifestyle diseases.

Aim of the present study is the comparison of German military personnel with their civilian counterpart concerning incidence of the “Big Five” non-communicable diseases as defined by the WHO (cancer, type-II diabetes, cardiovascular disease, chronic respiratory disease and mental illness [3]).

“Big Five” incidence based on sick days (unfit for service) were extracted from the registry databases at the Bundes­wehr Institute for Preventive Medicine for the years 2012 - 2016 and stratified for age and gender. Corresponding data for civilians were obtained from official reports of the statutory health insurance (GKV). Data were transformed into incidence rates (sick days per 10.000 persons) and standard mortality rates for both groups for better comparability. 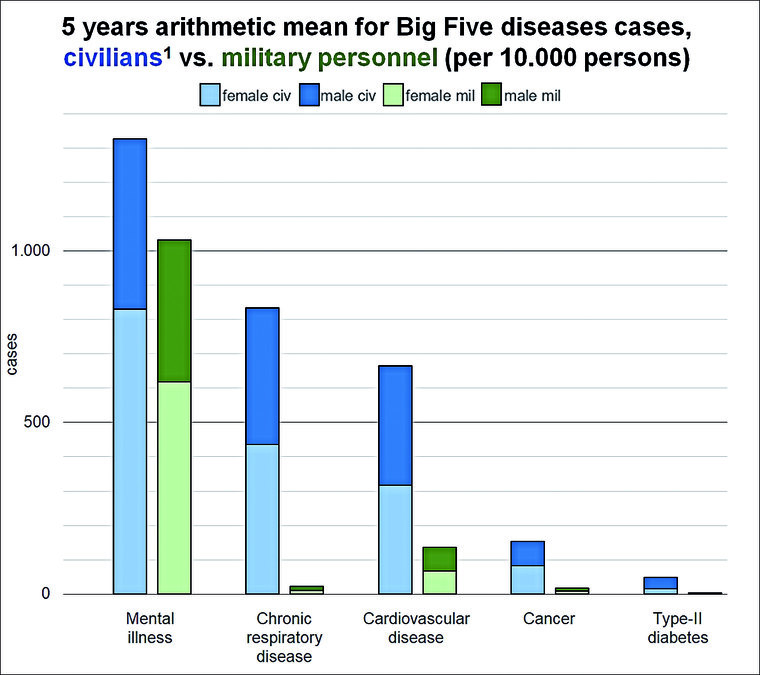 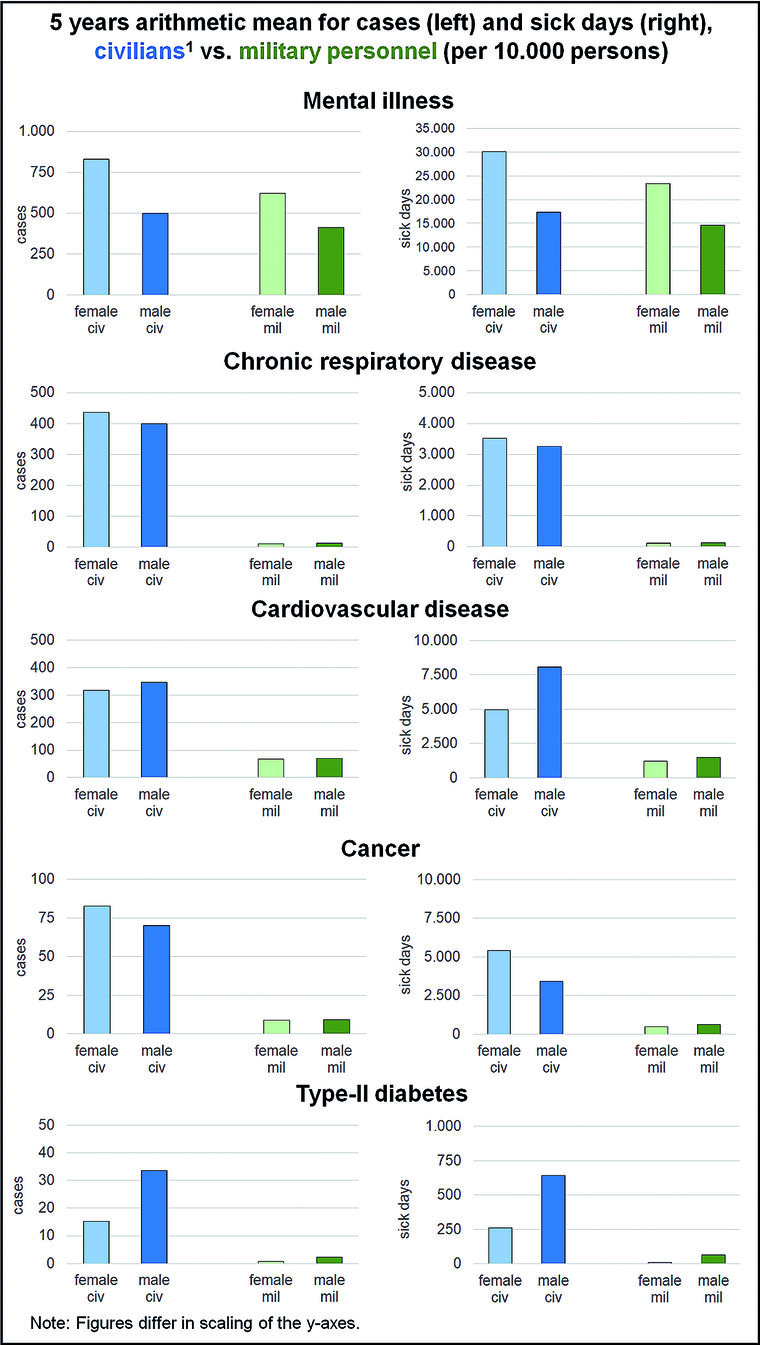 These preliminary results must be taken with careful caveats due to unadjusted differences in age and gender distributions and the potential influence of socioeconomic status. The phenomenon of considerably lower “Big Five ”-related sick days in soldiers might be an indicator of positive effects of health and fitness promotion in the military , specific protective factors such as regular physical training/ activity on duty and close-meshed control by the medical corps. Further , root cause analyses with tighter control for socioeconomic factors, age, and gender distribution are needed to confirm this hypothesis .

Despite occupation-specific stressors and demands, higher levels of mandatory physical activity as well as health and fitness promotion in the armed forces may be a protective factor against the “Big Five” in soldiers.