Maritime sports medicine in the Bundeswehr:
From seasickness to diving accidents

Aspects of sports medicine in the maritime environment primarily pertain to distinctive features of physical activity aboard boats and ships, both floating or submerged. In this context, seafaring and diving play a special role, as illustrated by the two examples seasickness and immersion-induced pulmonary edema while diving.

Seasickness is an age-old problem of seafaring that has become increasingly relevant: Modern vessels are manned with smaller crews who must perform highly complex tasks at peak performance levels almost constantly. Hence, seasickness-induced incapacitations are difficult to compensate because medication- related reductions in vigilance and performance due to the application of antihistamines against kinetosis while on active duty are unacceptable.

Therefore, studies are currently investigating which impairments, both physical and psychological, occur during seasickness and if and when affected personnel becomes aware of such impairments, i.e., relevant kinetosis-related limitations of their own abilities on duty.

Another focus lies on developing therapeutic options to alleviate symptoms of seasickness with little or no side effects and which do not adversely affect the soldier ’s fitness for duty. Here, the administration of high doses of vitamin C is in the center of attention, which has a certain antihistamine effect when administered in higher doses . The efficacy of administering 2 g of vitamin C was proven in a double-blind, randomized study in 70 persons who were exposed to simulated swell in a life raft [1][2]. Two studies on the effectiveness of chewing gum containing vitamin C are currently underway, one on navy ships and the other with highly ambitious regatta sailors. The latter study also investigates in parallel whether people with a long -term tendency to seasickness without sufficient habituation also display a particular sensitivity to simulator sickness, i.e., whether the tendency for kinetosis without stimulating the sense of movement is increased compared to a control group.

On the other end of the spectrum, acute immersion pulmonary edema in diving perhaps even more clearly reflects the close links between maritime medicine and sports medicine and is also of increasing relevance for diving in the Bundeswehr.

Acute immersion pulmonary edema as a special type of acute pulmonary edema in or under water was first observed as “ swimming induced pulmonary edema” (SIPE) in competitive swimmers. The presumed pathophysiology of this clinical picture is based on several mechanisms, first and foremost immersion with the shift of a relevant amount of blood from the periphery to the body core and thus also into pulmonary circulation. In addition, during physical exertion, the pressure conditions in the pulmonary circulation also increase, especially in cold water, so capillary pressure in the alveolar region is increased [4]although it does occur even with adequate thermal protection. We tested the hypothesis that cold head immersion could facilitate IPE via a reflex rise in pulmonary vascular pressure due solely to cooling of the head. Ten volunteers were instrumented with ECG and radial and pulmonary artery catheters and studied at 1 atm absolute (ATA. Forceful and rapid inspirations with the aim of a good swimming position may lead to negative pressure breathing , which per se may already be sufficient to trigger SIPE in individual cases. In addition, especially in cold water, there is a greatly increased ­peripheral resistance , which makes it more difficult to eject blood from the left ventricle and can thus contribute to a backlog of blood in the pulmonary vein. Whether an actual acute cardiac overload in the sense of a so-called “ Takotsubo syndrome” (“broken heart”) may also be the cause is a subject of debate.

The pathophysiology of pulmonary edema during diving is similar to that of SIPE, except that it more likely affects inexperienced, less trained and older divers. The immersion- induced volume and pressure changes in the body core and especially in the pulmonary circulation naturally also occur in divers. Negative pressure breathing can occur here due to more difficult breathing through the regulator. There, investigations using underwater ergo spirometry in the wet tank of the Naval Institute of Maritime Medicine were able to show that inexperienced divers have a significantly higher air consumption. Cold water induced peripheral vasoconstriction affects both the diver and the swimmer.

There is, however, a significant difference between the two affected groups: competitive swimmers are very highly physically stressed, divers, as a rule, much less so. In case of the latter, however, another independent risk factor has been identified that may trigger acute pulmonary oedema : reduced compliance, especially of the left ventricle, which occurs particularly often in patients with hypertension [5]. This connection has since been proven in studies, so that today special attention must be paid to left ventricular compliance in divers with hypertension , even with good blood pressure control with medication, in order to be able to prevent immersion pulmonary oedema as far as possible. 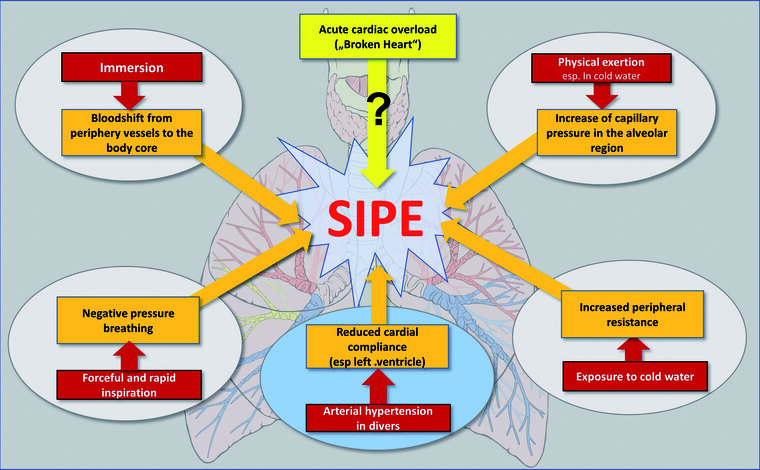 Fig. 1: Factors that may contribute to the development of a swimming/diving-induced pulmonary edema (SIPE)

Finally, we take a brief look at a current problem: The question of “Return to Activity” after SARS-CoV2 infection for Navy Divers, means the resumption of regular diving activity after overcoming the disease. To answer this question, all divers are currently examined at the Naval Institute of Maritime Medicine before resuming diving as part of an interim examination for diving and combat swimmer fitness (“TUKV”) with an extended examination spectrum that includes echocardiography and the determination of Trop-I and nt-pro-BNP.

Compared to other athletes, as a great advantage of our divers all results of the TUKV examinations before infection are available. This allows a very good comparison of current performance data with pre-disease results is possible .

This study, which is currently underway, can therefore provide information on whether relevant performance deficits exist after recovery from the corona infection in the given period, which might be of importance for the safe resumption of diving duty, or whether permission to resume diving can be given with a quiet conscience.